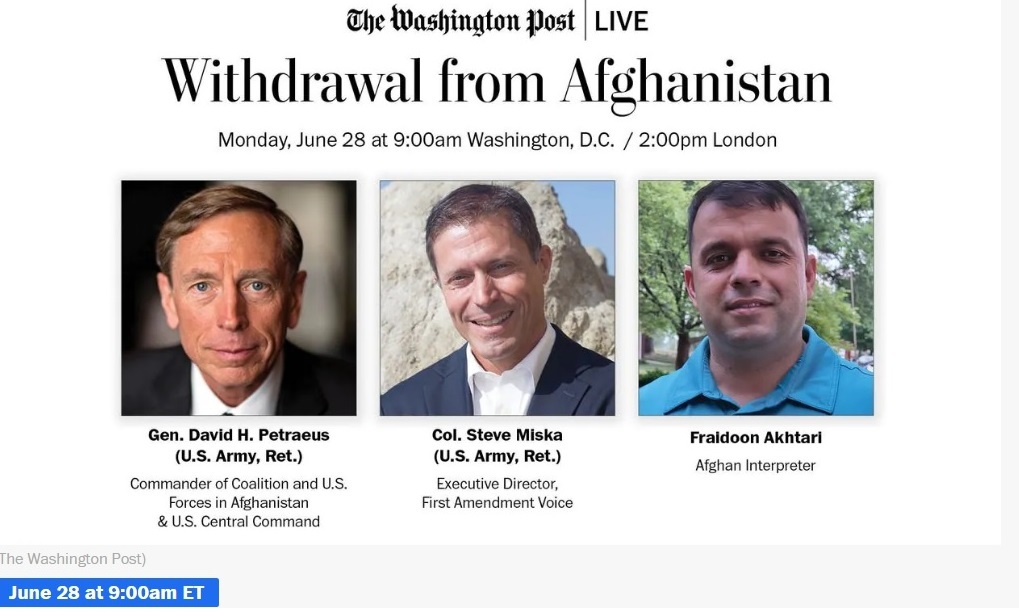 The longest war in U.S. history is coming to an end with the planned withdrawal from Afghanistan. But what and whom will America be leaving behind?

Join Washington Post Live on Monday, June 28 at 9:00am ET, when columnist David Ignatius interviews General David Petraeus (Ret.), the former commander of U.S. forces in Afghanistan, Col. Steve Miska, author of “Baghdad Underground Railroad: Saving American Allies in Iraq” (Onward Press/USVAA) and Fraidoon Akhtari about the withdrawal and his concerns regarding the personal safety of Afghans who helped America on the ground for much of the past two decades. Petraeus will lay out his fear of an “indelible stain” on the U.S. unless we take care of those who helped us, including interpreters and contract workers.

To Register for this event please visit Washington Post Live.